The surface treatment of metal parts is a process of artificially forming a surface layer on the surface of the base material that is different from the mechanical, physical and chemical properties of the base. 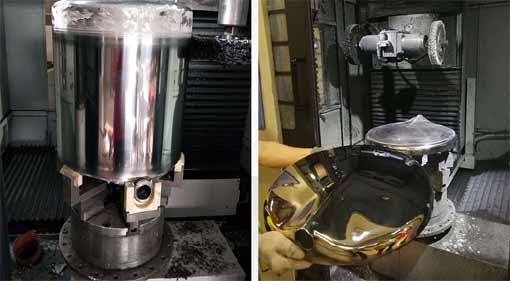 Mechanical surface treatment of parts
It mainly includes wire brush roller polishing method and shot peening method. The polishing method is that the brush roller is driven by the motor, and the brush roller rotates at a high speed on the upper and lower surfaces of the strip in the direction opposite to the movement of the rolling piece to remove the oxide scale. The brushed iron oxide scale is washed away with a closed circulating cooling water washing system.
Shot blasting is a method of using centrifugal force to accelerate the projectile and project it to the workpiece for rust removal and cleaning. However, shot blasting has poor flexibility and is limited by the site. It is a little blind when cleaning the workpiece, and it is easy to produce dead corners on the inner surface of the workpiece that cannot be cleaned. The structure of the equipment is complex, there are many wearing parts, especially the blades and other parts wear quickly, the maintenance man-hours are many, the cost is high, and the one-time investment is large. 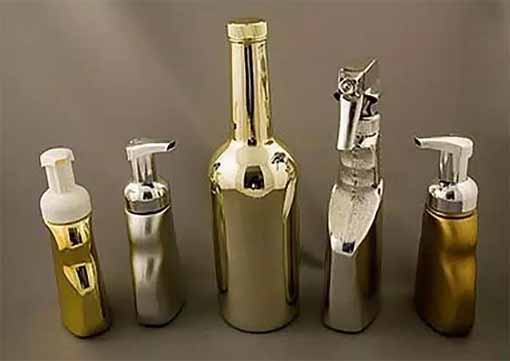 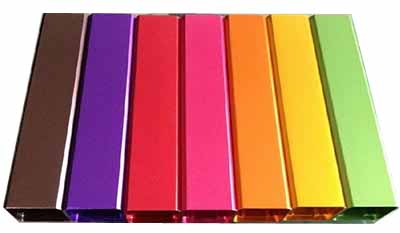 Chemical surface treatment of parts
This method has no current action, and uses the interaction of chemical substances to form a plating layer on the surface of the workpiece. The main methods are:
(1) Chemical conversion membrane treatment
In the electrolyte solution, the metal workpiece has no external current action, and the chemical substance in the solution interacts with the workpiece to form a coating on its surface, which is called chemical conversion film treatment. Such as bluing, phosphating, passivation, and chromium salt treatment on the metal surface.
(2) Electroless plating
In the electrolyte solution, the surface of the workpiece is catalytically treated, and there is no external current effect. Due to the reduction of chemical substances in the solution, the process of depositing certain substances on the surface of the workpiece to form a coating is called electroless plating, such as electroless nickel plating and electroless copper plating. 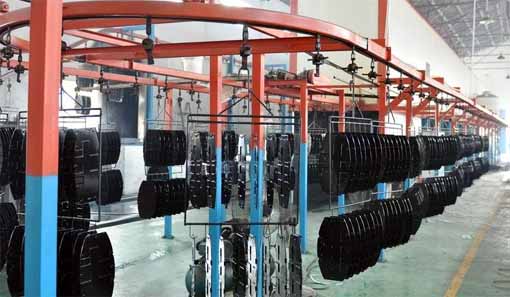 
Electrophoresis and electrostatic spraying
1. Electrophoresis
As an electrode, the workpiece is put into the conductive water-soluble or water-emulsified paint, and forms a circuit with the other electrode in the paint. Under the action of the electric field, the coating solution has been dissociated into charged resin ions, the cations move to the cathode, and the anions move to the anode. These charged resin ions, together with the adsorbed pigment particles, are electrophoresed to the surface of the workpiece to form a coating. This process is called electrophoresis.
2. Electrostatic spraying
Under the action of a DC high-voltage electric field, the atomized negatively charged paint particles are directed to fly onto the positively-charged workpiece to obtain a paint film, which is called static spraying.
Share:
PREV：Turning and milling combined processing of cylindrical parts
NEXT：NONE